Past Tour: Tour-Makers presented That Bloody Woman in New Plymouth, Auckland, Hamilton, Napier, Wellington, Nelson, Tauranga and Dunedin in August through October 2017. If you are interested in That Bloody Woman or any further shows by Jumpboard Productions, please visit their website for more information.

"Kate’s back:  a kickass role model for equality and people power.  May her message continue to roll out across the country." -Metro Magazine

New Zealand's smash hit rock musical That Bloody Woman is back. Our favourite daughter, suffragist, activist and cyclist Kate Sheppard is transformed from the face on the $10 note into a feminist firebrand raising hell and rocking out. Fresh from sell out seasons in Auckland and Christchurch, Kate takes the show on the road with Tour-Makers in 2017.

"Bursting with wit, verve and righteously rocking tunes”, That Bloody Woman presents New Zealand's founding mother like you've never seen her before; loud, proud and in your face. Leading the charge to win women the vote, Kate takes on the patriarchy, public opinion and even Prime Minister Richard 'King Dick' Seddon.

"A badass feminist rock show not to miss.”
- Stuff.co.nz
"One song I’m angry, the next I’m trying not to ugly cry, then I’m in tears from laughing.”
- The Wellingtonista
"Talk about kick-arse!…singing of the whole cast is world class…totally rocks…Make sure you see it”
- Theatreview.
"...irresistible, and the standing ovation was well deserved. That Bloody Woman stands a very good chance of becoming a national staple."
- Otago Daily Times
Marketing Pack for Producers 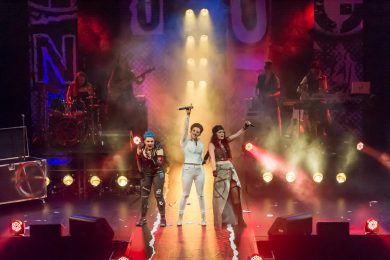 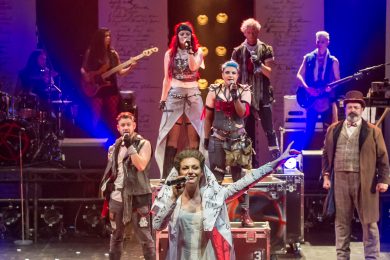 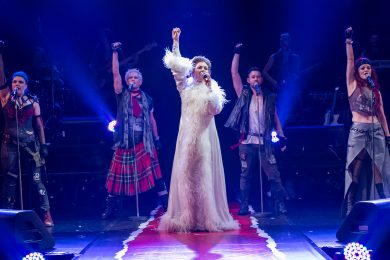